Window tinting has become one of the most popular and cost-effective ways of improving a car’s look. The ease and speed of tinting a car’s windows have further made it an excellent customization option for everyone after an instant upgrade. Today, most car owners are choosing to tint windows for a uniform look. Still, it is up to you to decide whether you will tint all or some of your car’s windows depending on your preferences and local laws. If you’re in Alberta, Canada you can learn about window tinting laws in Alberta from our previous blog post.

Is there more to window tinting than improving the look of a car?

One of the primary motivations for window tinting is that it makes your car look sleek and full of character. However, while tinted windows are attractive, there is more to this feature than its visual appeal. The major benefits that come with having tinted windows are:

While window tinting provides the advantages mentioned above, it is vital to know that not all tint films used in car windows are the same.

There are different window tinting types available in the market that you must consider before giving your car a new touch.

Rightfully named, traditional dyed films are the oldest kid in the block. They are created through the addition of dye to the layer of the film next to the adhesive. It is this layer of dye that gives the film its shade and helps in blocking rays of the sun.

The limitation of using traditional dyed films is that it is largely for appearance rather than UV-rays protection. This is because it tends to fade fast, and the layer does not offer as much protection from harsh sun rays. Still, it cuts down on the amount of sun that gets to a car’s interior and is one of the cheapest methods for tinting your windows.

Hybrid dyed metal is a super-combination of metalized and dyed window tint films. It was developed to bring out the best qualities of the two types of films without the limitations associated with each one. As such, it provides the perfect blend that offers the looks and comfort desired after tinting a window.

Compared to traditional dyed films, hybrid dyed metal provides higher heat rejection and better UV ray protection. Unlike metalized window films, it does not interfere with radio, Bluetooth, or cellular signals. The icing on the cake is that PRIME HP is durable and will not fade after a short period, giving you years of guaranteed satisfaction.

Note: Hybrid dyed metal –PRIME HP has been recommended by the Skin Cancer Foundation given its high UV protection levels.

XPEL PRIME XR – is an example of nano-ceramic tinting film.

The defining feature of nano-ceramic window films is the ceramic particle technology used in their construction. This makes them have superior heat rejection and the capability to filter out most of the sun’s infrared radiation. As a result, car owners who opt for the PRIME XR will keep their interiors cooler and not worry about exposure to harmful UV rays.

A distinguishing characteristic of nano-ceramic window films is that it offers excellent functionality without sacrificing clarity or color. This is because it does not limit users to opting for darker shades to have the advantages of using this film. Finally, you will enjoy crystal clear signals as the ceramic particles do not interfere with cellular, radio, or Bluetooth signals.

Note: Nano-ceramic – PRIME XR has also been recommended by the Skin Cancer Foundation given its effectiveness in UV protection.

XPEL PRIME XR PLUS – is an example of multi-layer nanoparticle tinting film.

For a 1.5 mil construction, the multi-layer nanoparticle film has redefined how car owners view tints. The layers that make this film have been constructed based on futuristic nanoparticle technology. It is this technology that makes this film a level of performance that is unmatched, making it the best fit for the demanding car owner.

The PRIME XR PLUS has also recorded the highest percentage of heat rejection as it blocks up to 98% of infrared light. This is complemented with its outstanding outbound clarity that ensures the driver and passengers never compromise on visibility. Therefore, it is a practical solution in all kinds of weather as its performance is never affected by environmental changes.

Note: Similar to PRIME HP, and PRIME XR, the multi-layer nanoparticle – PRIME XR PLUS has also been recommended by the Skin Cancer Foundation as it offers high levels of UV protection. It will also not interfere with radio, cellular, and Bluetooth signals like metalized window tinting.

The bugging question for most people is who deserves to have window tinting? But, long gone are the days when this was just a popular option for some car owners. Improvements in the features and performance of window tinting films have made these solutions necessary for everyone. 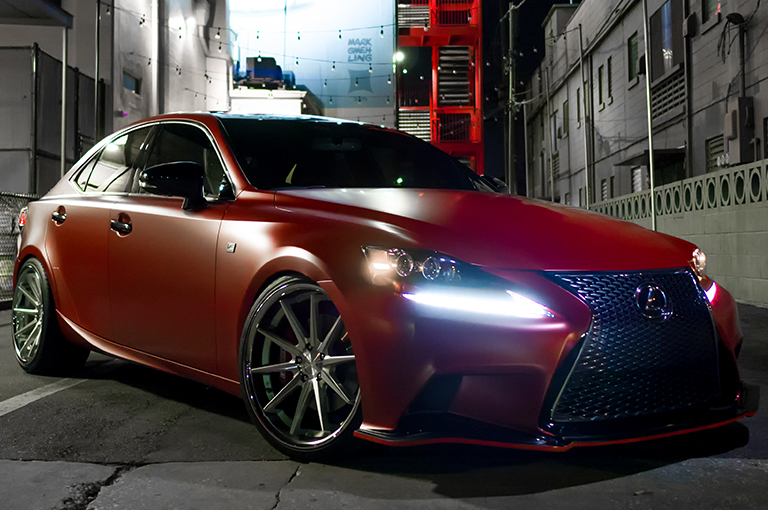 Enhance your vehicle's look and get 99% UV protection and excellent sun rejection with XPEL window tinting.
From $149 Learn more ⟶ 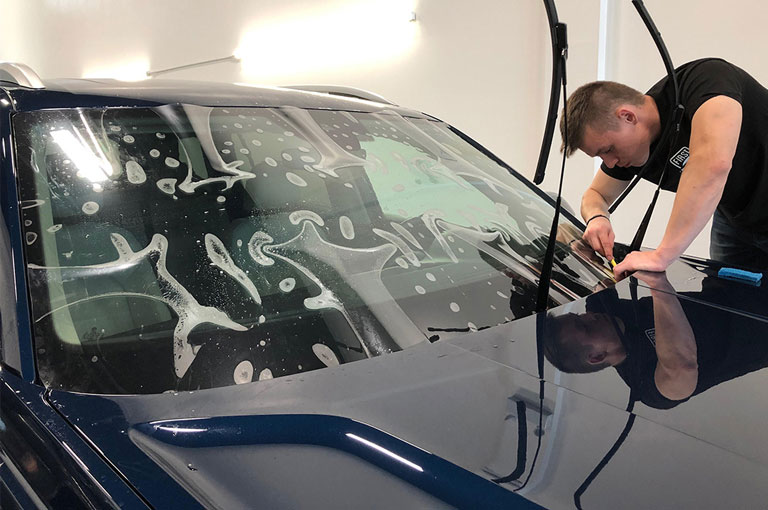 You can always come and visit our physical location at:

Should Ceramic Coating Be Installed on New Cars?